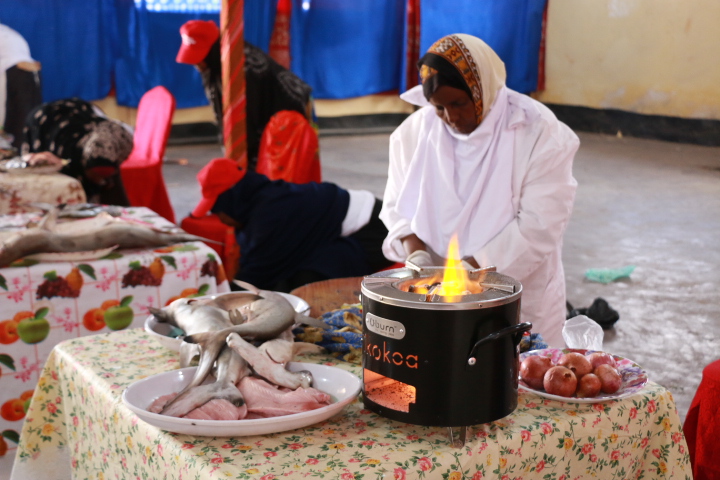 The contest, organised by Star Media Development Centre (SMDC), was won by Luul Mohamed Guure from Kismayo’s Alanley neighbourhood. She was awarded a prize consisting of a certificate and a trophy.

The contest was part of an effort by German development agency GIZ to raise awareness about the nutritional values of eating fish.

Alanley administrator Osman Farah Bando said participants were a role model for other women in Kismayo.

“You must now impart these skills you have acquired in others so that they can benefit as well,” he said.

Although Somalia has the longest coastline in Africa, after Madagascar, fish consumption remains low and fish is not part of most people’s diet.

The awareness campaign, dubbed ‘Dish on Fish’, was aimed at encouraging families living in and around Kismayo to start including fish in their diets. The campaign was also aimed at raising awareness about the nutritional benefits of eating fish and appropriate methods for preparing and preserving fish among returning refugees, internally displaced persons & vulnerable residents of Kismayo.

The campaign caught the attention of the population and even encouraged beneficiaries and participants to change their eating habits. 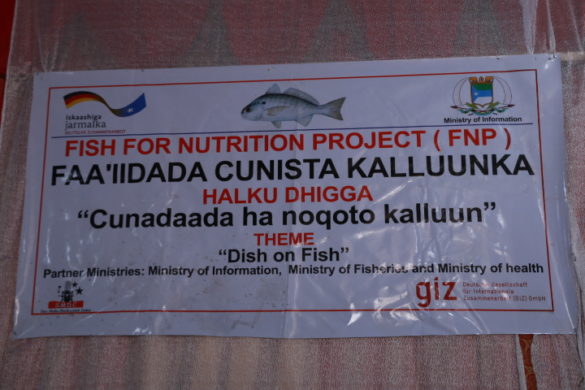 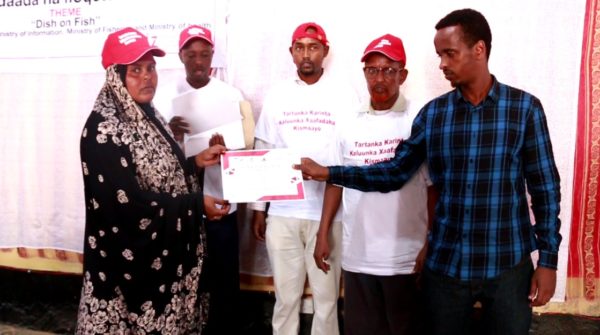 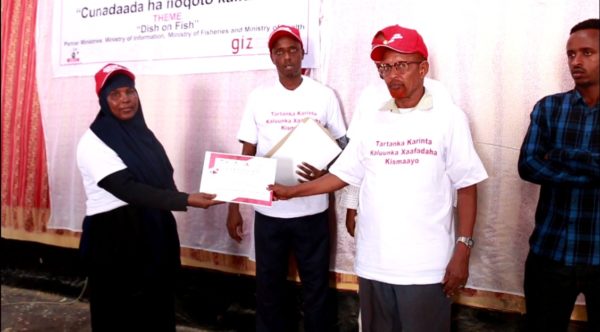 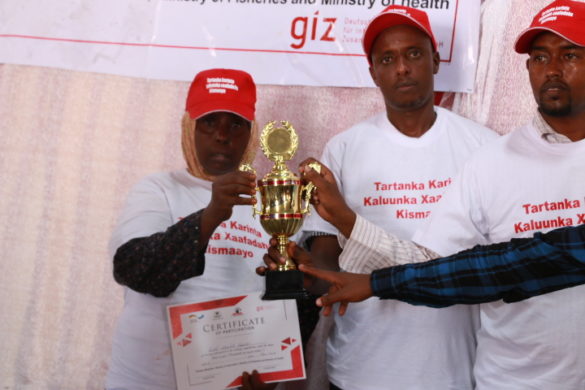 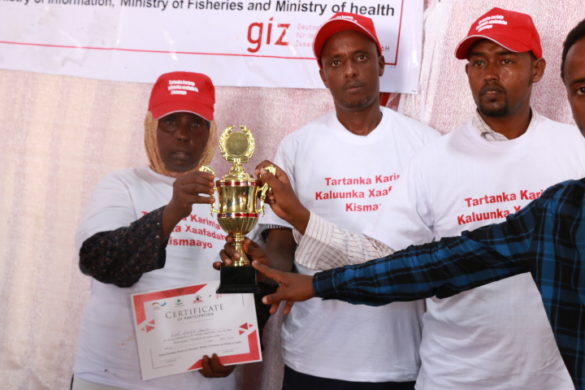 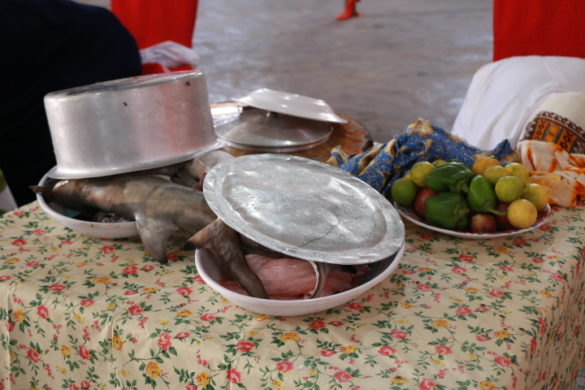 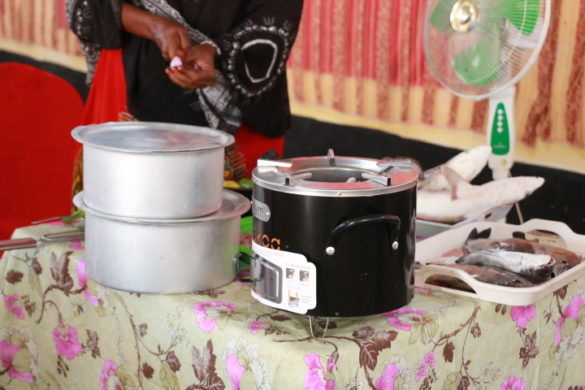 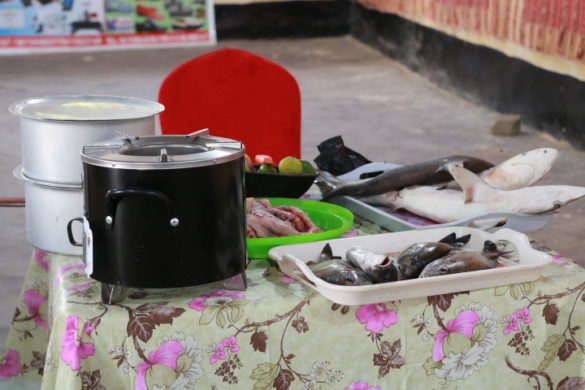 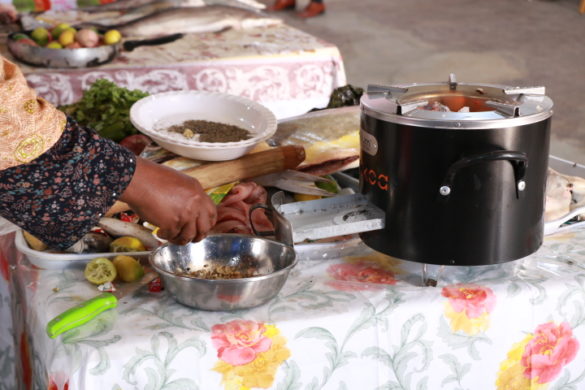 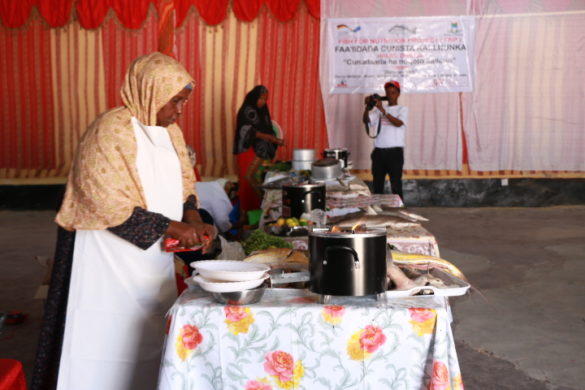 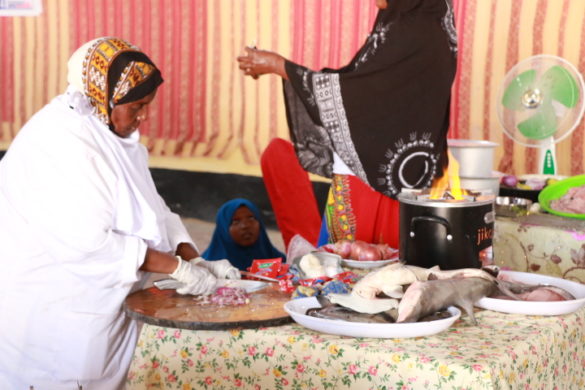 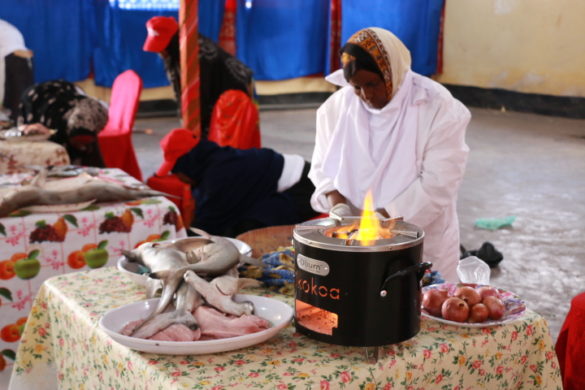