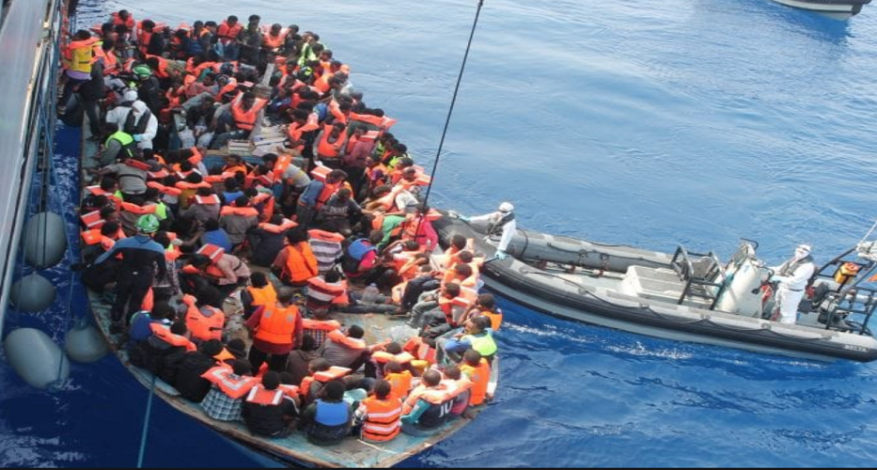 Sanity needed in the Gulf of Aden

Stories of Somalia refugees drowning in the Gulf of Aden and the Red Sea aboard rickety and fully packed boats is not only heart wrenching and horrifying but a wakeup call to humanity in matters migrants.

Hundreds of lives have been lost across the channel as the refugees try to cross illegal to Yemen and Europe, many of them being teenagers with a bleak future.

According to the latest figures by the International Organization for Migration (IOM), as of November 2019, more than 1,221 refugees had lost their lives or had been reported missing in the sea due to various reasons that include, sea accidents, fatigue, bad weather, and worn-out boats, etc.

Somalia has a large diaspora, with many Somalis in Europe and the United States, after fleeing decades of conflict back home. As the Western-backed government seeks and continues to rebuild the Horn of Africa country, Islamist insurgency remains a huge battle to be won by the Mohammed Farmajo led state.

Islamist Al Shabaab rebels have claimed responsibility of gun and bomb attacks in various towns particularly in the capital Mogadishu, where some hardy Somalis business people are returning from abroad to invest.

Meet 29-year-old Abdulmalik, (not his real name) whose brother was lured by smugglers in Puntland to travel by sea to Yemen, over 1,500km away.

On that fateful morning, his brother disappeared from their homestead never to be seen again. They were days later informed by his peers that he was among the 60 Somali and Ethiopian migrants who drowned in the shark-infested Gulf of Aden while trying to cross over to Yemen.

His late brother had parted with not less than $ 500 to smugglers who promised him a better life in the oil-rich Gulf countries. The journey kicked off at 3 pm in a makeshift boat fully packed with optimistic Somali youths hoping to make it away from their war ton country.

Their overcrowded boat that left the port of Bossasso in northern Somalia capsized 15 minutes into its journey, spilling all passengers into the sea. Not even the few life jackets could help them as they were carried away by the strong tides.

“The Yemeni coastguard, which arrived at the scene several hours after the first boat capsized, had saved about 40 people. Initially, it was thought that 30 people had died. But after piecing together information from survivors, UN officials realized the death toll was far higher”, said Ron Redmond, a spokesman for the UN High Commissioner for Refugees in Geneva.

The sole reason of them risking their lives to such hazardous trips to overseas is to look for greener pastures after escaping the worn-torn nation while some seek to reunite with their loved ones who made it to Yemen and Europe either legally or illegally.

A huge percentage of those opting to flee for safer havens are reliant on heavily biased sources of information from either the smugglers who stand to profit from the journey or untruthful feedback from relatives or friends in Europe that paints an unrealistically positive picture of life in Europe.

The United Nations High Commission for Refugees, UNHRC says on its website that Yemen is one of the popular destinations for Somalis fleeing at home although the trips are always a risk as the smugglers use boats that are not seaworthy.

“The largest loss of life between the waters of Somalia and Yemen since 2008, was on 23rd of February 2011 when 114 people drowned after smugglers forced them into the water. The sole survivor, (a 42-year-old man) who lost his wife and three children on the vessel, swam for a whole day before reaching the Yemeni coast”, UNHCR said.

So far the cases of asylum-seekers, migrants, and refugees taking the risk to cross the seas have drastically declined since its peak in 2015, thanks to efforts by humanitarian organizations operating in Somalia.

Among those on the forefront is UNHCR which has since rolled out an information campaign titled Telling the Real Story which is aimed to inform communities in Somalia of the full scope of the perils and difficulties of such a journey.

The community-based campaign that was rolled out in Berbera, Borama, Burao, Gabiley, Hargeisa, and Wajaale, sought to raise awareness among people, especially youth, to make an informed choice or decision about their movement and/or future plans but not stop them from moving.

The campaign has yielded fruits after successfully providing a counter-narrative, and enlightening the community of the full scope of the dangers associated with the irregular movement to Europe, revealing the challenges and problems related to living in Europe without proper documentation.

Through the same dialogues, the youths have been sensitized on the legal safe pathways to Europe, informed about the opportunities in Somalia while debunking the myths about life in Europe.

Somalia too has beefed up security patrols in its waters especially in the main smuggling town in Bossaso, which is on the Puntland coast. The police have cracked down on the trade by deporting some of the thousands of Ethiopians and Somalis who arrived there in the hope of finding passage abroad.

The coastguard in Yemen has also increased its patrols.

With Yemen experiencing prolonged conflict and civilians facing life-threatening conditions, the situation for refugees, asylum seekers, and migrants in the country has deteriorated significantly.

According to the UNHCR website, more than 4,800 Somali refugees have now returned home from Yemen since the UN Refugee Agency, commenced an Assisted Spontaneous Return (ASR) program in 2017.

In the latest departure, a boat carrying 114 Somali refugees left the Port of Aden on Monday and arrived at the Port of Berbera in Somalia in October last year.

Most of those who were returned expressed their optimism about a new life in Somalia and were hopeful that they will be able to secure their livelihoods by starting businesses.

“An increasing number of Somali refugees have been approaching us for help to return home. After years of life in exile, the decision to return is a difficult one to make but given prevailing conflict insecurity and deteriorating humanitarian conditions in Yemen many tell us they are ready to go back and are hopeful about the future,” said Gwendoline Mensah, UNHCR’s Assistant Representative in Yemen.

Despite the present security developments in the post-transition period, it is critical to find lasting and sustainable peace in Somalia to stop people from putting their lives at risk by undertaking dangerous journeys across the Gulf of Aden in search of a better life.

The authorities in Somali both at the national, regional, and local levels need to renew their efforts to address the root causes of the smuggling and trafficking of its locals.

There is also a need for the UN organizations and special rapporteurs on the ground to increase their efforts in raising awareness about the dangers of the perilous journey across the Gulf of Aden.