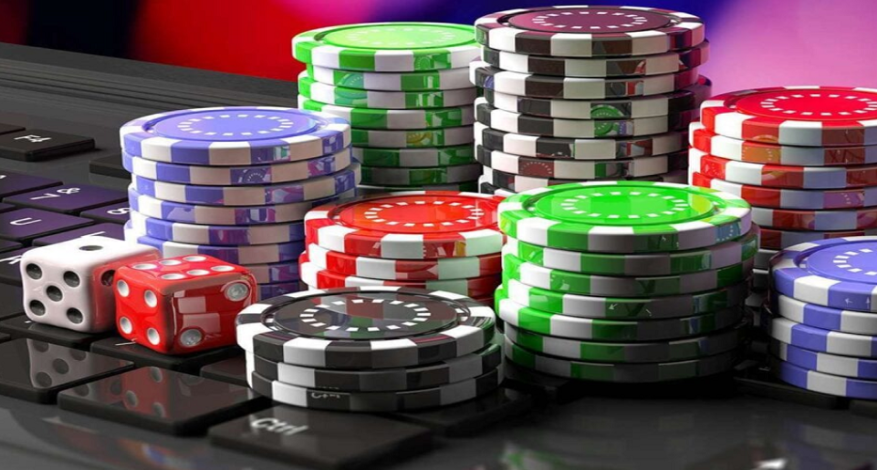 Betting in its simplest definition is the action of gambling money on the outcome of a race, game, or other unpredictable events with an uncertain outcome, with the primary intent of winning. In Kenya, betting is mostly associated with football matches.
Although the matches are played thousands of kilometers away, mostly in European cities, the youths in Kenya have found a way to resonate with the matches with some even turning it into a full-time occupation.
According to a 2019 GeoPoll survey, Kenya had the highest number of betting youth in sub-Saharan Africa with at least 76 percent of them having participated in gambling. Winners of jackpots worth millions of shillings have been a propeller to escalating numbers of those drawn to the game.
The situation is dire considering the number of unemployed youths not forgetting the percentage of those who love football making betting opium on which the youths get hooked and drown in this misery.

A case in point is a dust cybercafé in Mororo, at the border of Garissa and Tana River Counties.
Equipped with only 6 computers, stable internet, and posters of famous footballers dangling precariously in the walls. Talk of Messi, Mohammed Salah, Yaya Toure, Saido Mane just to mention but a few.
Had one visited this café a few months ago, he or she would have been forgiven for mistaking it for being a polling station or classroom going by the beehive activities with the customers glued to the computer monitors.
Youths in their tens would be lining up to place their bets online while some study the match analysis awaiting the big European matches.
Booming business

Kinyua, a famous businessman in the area remembers with nostalgia how several months ago he would pocket thousands of shillings from the youths who would throng his cybercafé to no end.
“I was even looking for a bigger premise near the Garissa Primary School to accommodate more customers. The youth here love football and with the introduction of betting, it even drew more of them closer to the screens”, he said.
But this was before the introduction of the 20 percent excise duty on sports betting companies in Kenya.
Kinyua confesses that he witnessed hundreds of youths winning good cash from bets they placed but also questioned their source of ‘capital’.
“It is not a cheap affair considering that betting is addictive. Many of those who lost bets could sink into depression, distress, and other anxiety-related problems. I would open my café at 7 am and past midnight” remembers Kinyua.
Cybercafés were no longer Internet places where people went to search or apply for a job and update their Cvs or even research. They all turned into betting dens.

Gaming analysts
So addictive was betting in parts of North Eastern Kenya that it created room and opportunities for adept ‘seasoned analysts’ who would predict the match results on behalf of their customers.
The successfully ran online advisory chats on Telegram and WhatsApp applications where those who subscribed had to commit a certain percentage of their win with the admins.
However, the most preferred channel according to a local administrator in Garissa who sought anonymity was Telegram because one’s contact details are not exposed to everyone. Unlike WhatsApp, where, if you have to belong to a chat group, you must share your mobile phone number.
Relief to parents

Late last year when the Kenyan government introduced the 20 % excise duty on the multibillion-shilling sports betting companies, a move that saw the two biggest players in the betting industry close shop. Hundreds who were directly or indirectly employed lost their jobs after the big players called it quits.
However, it was a blessing in disguise for parents who had lost control of their kids addicted to betting.
Mohammed Warsame, a father of six and in his mid-sixties, was the happiest of them all. Two of his sons had completely been immersed in betting and would do anything possible to get cash to bet in the UEFA champions league matches.
“Their mother once told me that they placed a bet of Ksh 6,500 in one of those matches and they lost it. They both sunk into depression and remained glumly for some days. You cannot prevent this generation from participating in such. You lock them in the homestead but still, they use their smartphones to bet”, says Warsame.
Suicide cases have as well been reported in other parts of the country where people have committed suicide after losing bets worth thousands of shillings.
U-turn
However, the vice may soon regain its pomp if the recent move by the state is anything to go by.
Earlier this week, it was reported that the government had scrapped out the 20% excise duty on sports betting. The tax was quietly removed in suspicious last-minute changes to the Finance Bill that was signed into law by President Uhuru Kenyatta in early July.
This means the betting industry has been given six months to enjoy lower taxes. The law does not allow the reintroduction of a Bill until after six months.
However, Treasury Cabinet Secretary Ukur Yatani says the excise tax was removed through the Finance Act 2020, but the government had not reneged on its commitment to the taxation of the betting industry.
Yatani who once served as the Governor of Tana River County (also affected by the betting menace) has now turned the spotlight on the Departmental Committee on Finance and National Planning which presided over the suspect changes.
“The removal of this tax happened during the committee stage of the Bill. Following various consultations in line with the government’s commitment to mitigating against the social vices associated with betting activities, the National Treasury and Planning will be proposing to the National Assembly the reintroduction of excise duty on betting within the next six months,” Yatani said in a statement.
Conclusion

It is the government prerogative to remain committed to supporting the youth engage in productive activities through various programmes like Kazi kwa vijana and help regulate betting industries that have already resulted in serious effects, including loss of jobs, failed relationships, mental problems like depression, anxiety, and severe debt.
It should be stressed that betting can easily lead to illegal acts such as forgery, fraud, and theft to finance gambling.
Parents and guardians too have a role in educating their young ones on the adverse effects of gambling not forgetting ways of getting a halal income through hard work.