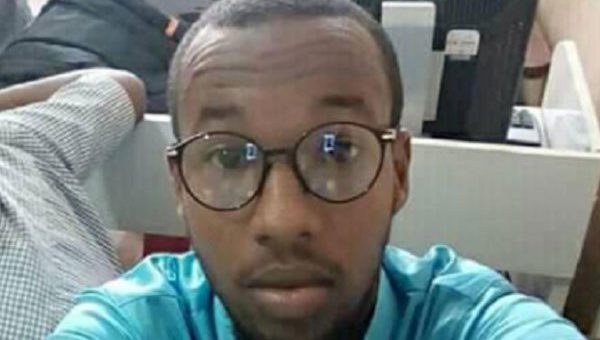 At the end of the Sixth General Meeting of the African Freedom of Expression Exchange (AFEX) held in Accra, Ghana, on November 7 and 8, 2018.

The meeting, hosted by the Media Foundation for West Africa (MFWA), and presided, over by AFEX Steering Committee Chairperson, Mr. Edetaen Ojo, who is the Executive Director of Media Rights Agenda (MRA), was attended by representatives of all AFEX member organisations from West, East, Central and Southern Africa. The meeting was also attended by two representatives from ARTICLE 19 Brazil and ARTICLE 19 Mexico as well as journalists from Ghana.

The meeting discussed institutional issues concerning AFEX as well as the current state of freedom of expression in Africa and strategies for addressing the threats to freedom of expression and media freedom on the continent, particularly, the issues of the safety of journalists and how to confront the challenge of impunity for crimes against journalists. Participants resolved to develop a plan of action on the safety of journalists in Africa which will guide advocacy interventions by members of the AFEX Network and other press freedom organisations.

At the end of the meeting, members of the Network unanimously adopted this Resolution:

. We are deeply concerned about the growing wave of attacks against journalists and the media in general across the African continent, especially during elections. We are further disturbed by the widespread increase in the level of insecurity in journalism practice, arising from the unchecked acts of violence against media professionals and media organizations.

. We believe that the failure of African governments to live up to their responsibility of protecting journalists as well as other members of the public is exacerbating this problem with numerous cases of unresolved killings of journalists and other crimes against journalists that have not been properly investigated in many countries, including Somalia, South Sudan, Nigeria, Uganda, and Cameroon.

. Given the well-established norm that the ability of citizens to freely exercise their right to freedom of expression underpins democratic practice in any country, we are of the view that the deteriorating state of freedom of expression on the African continent is a clear signal of the decline in the quality of democracy in Africa.

. We find it ironic and contradictory that although African Union (AU) leaders have launched 2018 as the African Anti-Corruption Year, its members are actively hounding the media and media professionals in many countries for reporting and exposing official corruption.

. We call on African countries to establish multi-stakeholder national mechanisms, ideally backed by Law, to promote the safety of journalists and other actors who are often targeted for exercising their right to freedom of expression and through which a range of activities in this regard can be coordinated and implemented. Such activities could potentially include the reform of media laws, the monitoring of threats and attacks to freedom of expression, as well as the training of members of different stakeholder groups such as the military, law enforcement, security and intelligence agencies; legislators, and member of the Judiciary. The mechanism could also serve as an avenue for the provision of protection for persons at risk and for responding to the problem of impunity.

. We are equally concerned about the increasing attacks on digital rights and Internet freedoms by governments and their intelligence services in some parts of Africa, including in countries like Uganda and Zambia, where social media taxes have recently been introduced, as well as in other countries like Cameroon, Ethiopia, Mali, Burundi, Chad, Democratic Republic of Congo and Togo, where the Internet or social media services have been shut down from time to time.

. We are convinced that such acts only serve to worsen the digital divide which has already seen Africa lagging behind other regions of the world in the availability, affordability and use of the Internet and digital tools. Besides, they subvert the creativity and resourcefulness of African youths who are thereby deprived of opportunities to innovate in the digital age while undermining the potential of African countries to achieve economic, social and political development.

. We note that most countries in Africa continue to use criminal law to undermine the right to freedom of expression and to punish journalistic activities and other forms of expressions, including non-verbal expression. It is our view that in most of these circumstances, such laws serve no useful purpose other than to suppress criticism of public officials and official wrongdoing, reporting that exposes corruption or in some cases, to prevent the publication of politically embarrassing materials. There are also numerous examples on the continent where such laws have been used to prevent public scrutiny of political authorities, public institutions, and senior government officials, among others.

. We, therefore, call on all countries in Africa to undertake a comprehensive reform of their media laws to decriminalize media practice, promote and create a conducive and enabling legal environment for freedom of expression in the respective countries, consistent with international standards.

. We also call on media professionals and media professional bodies in Africa to take urgent steps to check and counteract the spread of “fake news” which is now regarded as one of the greatest threats to democracy around the world. While we acknowledge that the deliberate falsification of information and the dissemination of such information is not necessarily the handiwork of professional journalists, we are nonetheless convinced that professional journalists have a major role to play in checking this phenomenon by providing the public with accurate and reliable information and constantly establishing through their reporting the falsity or unreliability of fake news.

Adopted in Accra, Ghana, this Thursday, the 8th day of November, 2018