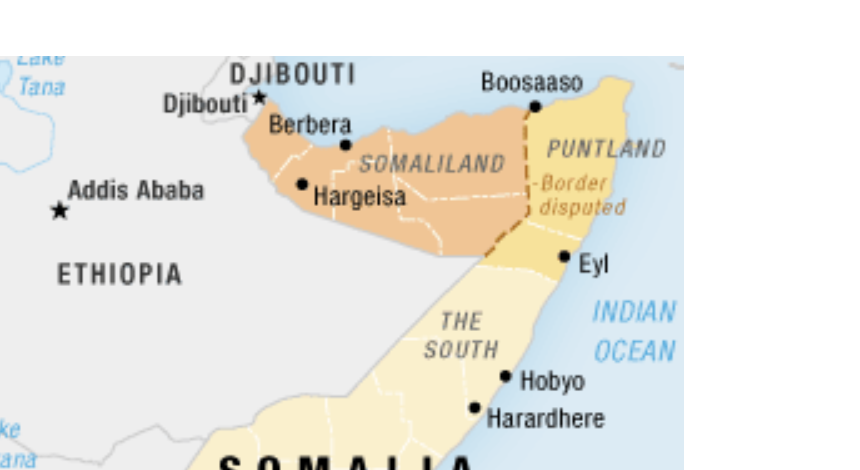 Somalia, a country in the horn of Africa, had been without a functioning government for most of the last three decades following clan-based warfare that destroyed the existing political, social, and economic institutions.

Following the clashes, the central government collapsed in 1991 plunging the nation into a decade of lawlessness.

The international community had to step in and in a meeting held in Djibouti in the new Millennium, a political conciliation process was formed and led to the formation of the Transition Federal Government in Somalia, which then had to battle an Islamic movement, Al-Shabaab.

A lot of gains were made despite the many challenges and the country moved from a transition government to a globally recognized government in September 2012, after a new president was elected within the country for the first time since 1991.

However, thousands of its citizens had already fled to Europe, America, and neighboring East Africa nations where they have been settling as asylum seekers or refugees.

Somalis in the Diaspora

Unlike other migrants, Somalis have not left their homes permanently to start a new life in their host countries.

In an age of globalization, characterized by accessible transportation and an effective communication network, the Somali Diaspora has remained very intimately connected with the homeland.

Somalia’s population is estimated at 7.4 million, 14% of the population lives outside the country hence the Somali Diaspora makes a major contribution to the Somali economy and livelihoods through remittances, humanitarian assistance, and participation in recovery and reconstruction efforts.

It is joked that Somalia is a globalized nation since they have spread across the globe although a huge percentage is concentrated in the Gulf States, Denmark, Italy, Swede, Malaysia, Norway, Ohio, and Minneapolis in America, Canada and The United Kingdom which has the largest Somalia community and attracts Somali migrants from elsewhere in the same continent.

The Somali Diaspora is the major investor in the country and provided 80% of the start-up capital for small and medium enterprises (SMEs). For-profit activities contribute to economic recovery and improving livelihoods.

According to the IMF, the economy grew by 3.7% in 2014 and it is forecasted to continue on this upwards trajectory for the foreseeable future as the country stabilizes and the many of the estimated 2 million Diaspora returns to Invest in their motherland.

Returnees establish businesses individually or as a group and pool resources or manage a business at the executive level. Investment is spread over various sub-sectors such as small-scale industries, telecommunication, remittances, and trade.

It is not strange to see five-star hotels, banks, industries, Education institutions, etc mushrooming in the cities of Mogadishu, Baidoa, Bosaso, Kisimayu, and Banadir. A huge percentage of these are funded by mostly hard-working Somalia nationals abroad.

However, the remittances have contributed both positively and negatively to the being of present Somalia. In conflict and peacebuilding, the diaspora is a double-edged sword, contributing significantly to both. Financial obligations to support the clan in times of conflict have endured.

The Somalia Ministry of Commerce and Industry has launched a one-stop-shop business registration website.

This has reduced the time and costs of registering a business in Somalia.  However, online registration will only be helpful if necessary laws and regulations, such as the Company Law, are in place.

The Somalia government has also broadened the tax base and strengthened tax administration, boosting domestic revenue almost 30% to $184 million in 2018 from a year earlier, and to $54 million for the first quarter of 2019.

According to United Nations Conference on Trade and Development’s 2020 World Investment Report, Foreign Direct Investment inflows to Somalia reached USD 447 million in 2019, up from USD 408 million in 2018.

You will be surprised how many international companies are operating in Somalia, whether they go by their original name or as subsidiaries.

It is not just the locals or natives of Somalia that have invested in the country. Among the foreign ones include British company Soma Oil and Gas that signed an agreement to start exploring the hydrocarbon deposits, Norwegian seismic data specialist Spectrum is also exploring the Somali coast for oil and gas after discoveries were made in Kenya, Tanzania, and Mozambique.

Turkey has committed USD 400 million in aid to Somalia, a move in accordance with Turkey’s desire to become a regional actor. This aid includes granting scholarships to 2,000 Somali students wishing to pursue their studies in Turkey.

Germany too has the largest subsidiary of a transnational corporation in Somalia, (German Agro Action Office).

The IMF is currently helping Somalia reach debt relief under the Heavily Indebted Poor Countries (HIPC) program, under which Somalia has been performing well and meeting benchmarks.

If the country continues its track record of reform and sound economic policies, it is on track to reach the critical Decision Point for debt relief in early 2020. This will make the country eligible to obtain financing from international financial institutions and to avoid the country slipping back to arrears.

The numerous factors that impede foreign direct investments in Somalia include the ongoing violence and political unrest, the largely informal economy, high corruption levels, a lack of central authority jeopardizing rule of law, and lack of basic infrastructure.

According to a report dubbed ‘2020 Doing Business’ issued by the World Bank, Somalia is ranked as the most corrupted country in the world (180 out of 180 economies) according to Transparency International.

Lack of proper working systems have also become an impediment in the realization of making Somalia great again.

Somalia has been in arrears to the IMF for over three decades the second-longest period of protracted arrears (after Sudan) in IMF history rendering it ineligible to receive financial assistance from the IMF or the World Bank Group.

Somalia has the longest coast in Africa, one of the most reliable broadband in the Horn of Africa, 8.9 million hectares of arable land, a young and increasingly educated workforce.

In addition, Somalia has one of the best winds and solar radiation in the world and a telecommunications sector that if well tapped could attract many investors.

With its strategic location in the Gulf of Aden, it has the potential to return to its former role as a gateway of trade, commerce and logistics by connecting lucrative markets in the Middle and Far East as well as landlocked neighboring States with over hundreds of millions of ready customers.

The Somali government needs to create the conducive environment to attract foreign investment at the center of all our socio-economic and development policies.  Engaging the Somali Diaspora to achieve our social and economic goals is also key.