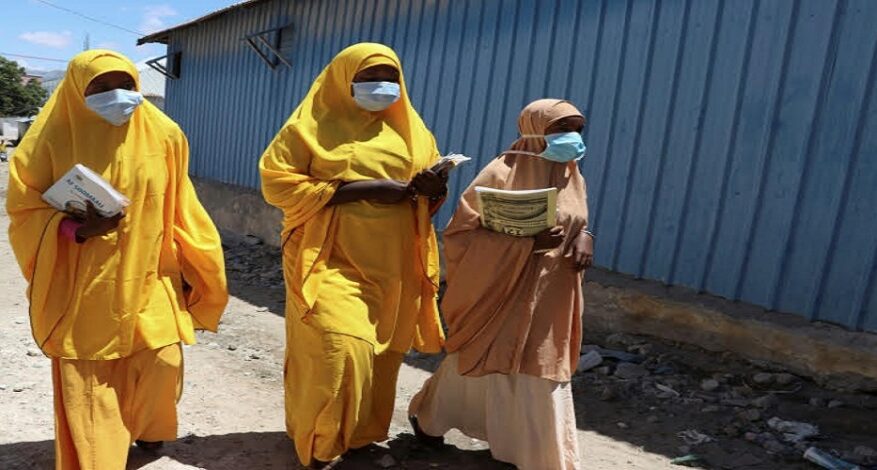 Introduction
Schooling from home or remote learning has been adopted by various governments and states across the world as a measure to contain and control the spread of Covid-19.
Somalia too joined the bandwagon as schools made a fast transition to remote learning amid the outbreak of the Coronavirus crisis as nations came up with directives to curb further infections. It is a move that has been a decidedly mixed success depending on the ability of a student to access the learning materials away from a physical classroom.
Worst hit is the lower primary pupils followed by this in higher education institutions like; Mogadishu University and SIMAD University, the campus of Plasma University in Mogadishu that has more than 4,000 students and 170 people on the teaching faculties.
In this feature story, we breakdown on Somalia’s ability to sustain effectively remote learning by checking its internet connectivity, views from students, education experts, and even teachers who carry the task to deliver effective learning to hundreds of students.
What really happened in remote learning?
Education experts say that remote learning is not new in the western countries since learning institutions have been carrying out revisions/assignments from the online platform thanks to high-speed internet connectivity within their homes.
Basically, a teacher sets homework or exams before sharing them through an internet portal, and the students once complete, returns using the same medium for marking and assessment. It works mostly during the holiday period.
At times, the teacher can engage all the students at a go through video calls or share learning materials through a common portal accessed by all those targeted.

Somalia’s internet connectivity
Somalia established its first ISP in 1999, one of the last countries in Africa to get connected to the Internet. However, growth in internet connectivity has since then grown considerably, with around 53% of the entire nation covered as of 2009.
The situation was expected to be much better following the passing of the National Communications Law in October 2017, aimed at setting a legal and regulatory framework for the telecoms sector.
The Law made provision for a National Communications Agency charged with encouraging market competition and overseeing the use of ICTs in promoting economic development. A Director for the Agency was appointed in February 2018.
Consequently, Somalia’s Internet Service Providers (ISPs) have been able to provide many improved services, though international bandwidth remains very limited.

Online schooling in Somalia
Since the beginning of the pandemic, various schools in Somalia have gone to great lengths to provide their students with digital services to make remote learning a success.
However, those benefiting are the once in major towns like Mogadishu and Bosaso where they can access high-speed internet connectivity within their confines.
This means that those students in remote areas who cannot afford the internet have already fallen behind academically over the past several months, and will only further trail their better-connected classmates.

Reality on ground
SMDC’s reporter in Somalia conducted a one on one interview with one of the teachers’ in Mogadishu, Mr. Ciise and he started by asking the impact of Covid-19 to the learning institutions in Somalia.
“It is a challenging if not frustrating task since not all of our students come from an able family that has stable or internet at home. This pandemic has made it difficult to continue with the normal class lessons hence we have resulted in sharing learning materials online”, he said.
During the interview, the teacher reminds us of in 2018 when the internet services were disrupted in the whole country (Somalia) after a ship cut the undersea internet cables. He says those affected were students in colleges and universities since most of their work is research-based and assignments submitted online to their lecturers.

Challenges faced by teachers
From the interview, SMDC established the huge challenge teachers have to go through to ensure uniformity among all the students as they progress academically.
“Some of the students have caught up with the new model, however, some who are the majority are not. For example, I can send out a lesson to all the students but three days later, a student will tell you they didn’t receive the learning materials”, a frustrated Mr. Ciise reveals.
With the prospect of schools having to continue with remote learning in some fashion for the 2020-21 school year, these students’ lack of high-speed connectivity will continue to be a major issue, and it must be addressed soonest.
Poor coordination
Another major challenge he says is a lack of coordination since all the students are at their homes engaged in different activities.
“Unlike when we are in class, where I can monitor class attendance and concentration, things are different when we are using soft wares like ZOOM to teach our students.
Once you start your lesson, you establish that not all students are logged in, and even those privileged to be online, have different engagements; some will be in their bedrooms, the girls will be cooking while others will complain of slow internet connectivity in their home”. Said Mr. Ciise.
Internet security
The teachers in Somalia are also afraid that the modern technology is not safe at all since intruders can take advantage of the situation. Users of soft wares such as Skype and ZOOM always face a threat of leaked passwords and hacker hijacking video calls midway through conferences.
Also, some of the pupils complained of the poor, unpredictable video quality saying most of the time the videos are often blurry and pixelated and at times the audio quality can deteriorate. Some also argued that soft wares are not user friendly.
Timeliness
Mr. Ciise says getting all the students to order for a lesson has not been a walk in the park.“Recently, I had an online class, once I logged into the video chat, I saw student lying on his bed, another one in the kitchen cooking, they are not paying attention to the ongoing class. Some would even log out and then later claim they didn’t see my messages because they were offline. It is frustrating”, he said,
Poverty
SMDC has established that poverty is a major contributing factor to the success of online schooling since not all students come from an able background.
The teacher revealed that most of the students cannot afford smartphones or the internet in their homes hence will never catch up with those who can afford it. It is a delicate balance but they are forced to go on with those who can afford in order to complete the school calendar curriculum.
Exams cheating
The teachers agree unanimously that they cannot curb cheating in exams or assignments with the students learning from home. It is next to impossible since the teacher cannot follow up on almost all the students to establish if they are cheating or not.
It is precedence that many education experts are afraid will greatly affect the quality of education not only in Somalia but across the globe.

The way forward?
Mr. Ciise believes the whole weight lies in the shoulders of the federal system and time to act is now since all indicators show that the Covid-19 pandemic will be with us for some months to come.
“If the federal system comes up with the right decision it can be managed, and avail free internet to anyone who can pay for their computer in small portions (hire purchase) and the education system will be sustained”, he suggested.
There is also a need to come up with educational apps that will be loaded on to the laptops of both students and lecturers, and the latter provided with training on virtual teaching.