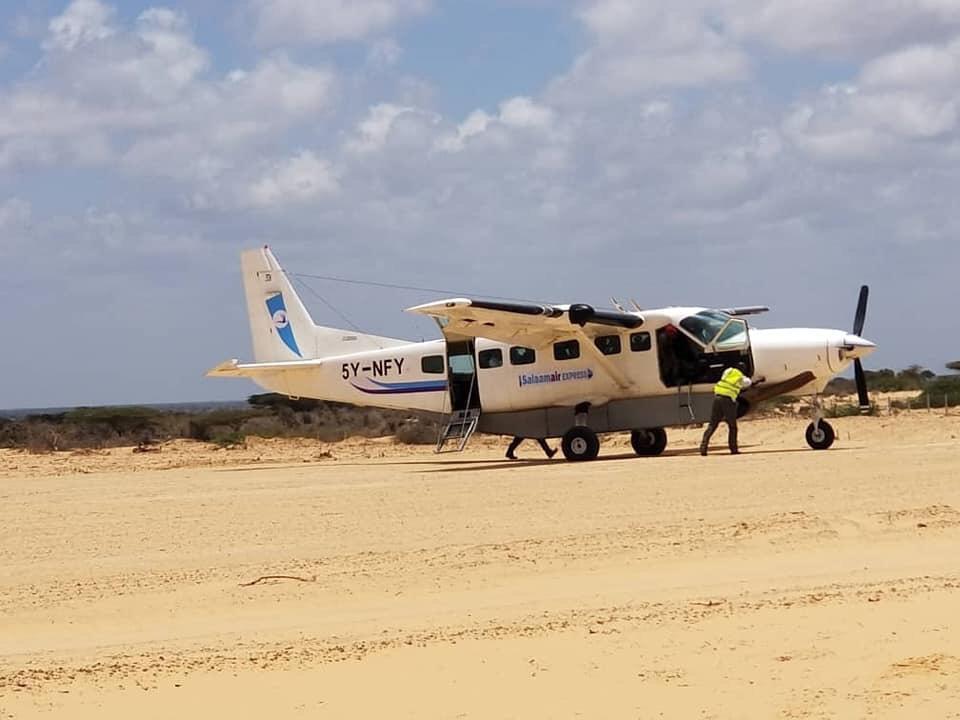 The construction of Barawe Airport in South West State of Somalia (SWS) is wrapping up and the facility is set to be opened soon.

The airport was launched by the SWS regional government with the technical and financial support of the Somalia Stability Fund (SSF).

It will serve the entire south west region and other Somali regions.

Finishing touches are being done.  A road linking the airport to the town has also been constructed.

The project is part of the Somali government’s strategic plan to build and rehabilitate critical infrastructure as the nation moves towards stability.

Barawe is the designated administrative capital of South West State.

The government says the airport will speed up the country’s recovery and is a sign of a bright future.