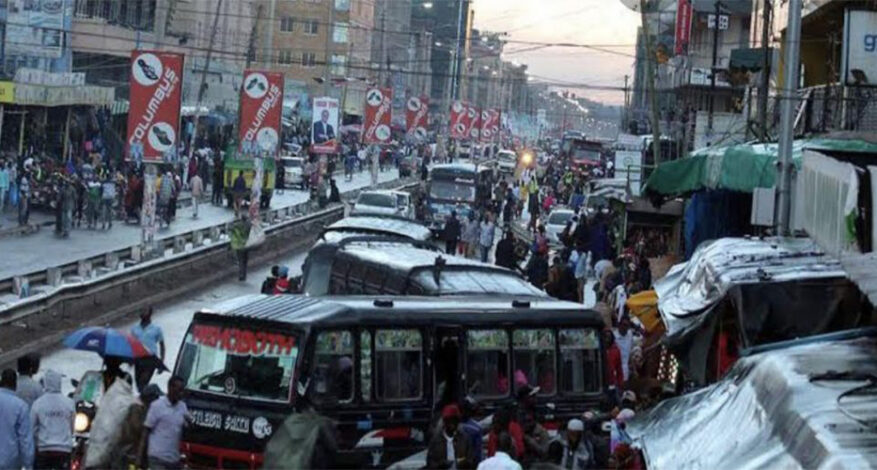 What started off as a residential estate in Eastleigh, Nairobi County has over the years now turned into a business hub employing thousands of Kenyans from all walks of life and in turn, remitting millions of shillings in taxes to the Municipality turned County government.

Though outsiders, Somalis have injected into Eastleigh the do-or-die work ethic characteristic of ‘displaced communities’ and attendant reciprocal relationship built on networks and trust.

Eastleigh morphed into a transnational bazaar powered by pastoralist capital and has since developed tremendously with skyscrapers that hosts countless shopping malls, eateries, and cafes not to mention uncountable shops, all squeezed into a compact 2,000-acre grid.

Despite its locality, it is now home to major local, international, and Islamic banks. It also pays homage to tens of courier companies, airlines and clearing, and forwarding companies. It now boasts of more modern shopping malls that are home for thousands of wholesale and retail enterprises.

Within its diameter, Eastleigh has spawned employment opportunities for other Kenyans who have been employed to run, manage, and guard the multi-billion empires that may soon give meaning to the 24-hour economy. Most of those employed as salespersons, cashiers, waiters, cargo porters, etc, are from neighboring estates that include, Huruma, Kariobangi, Umoja, Buruburu, South B and as far as Komarock.

Despite pundit’s unproven claims that the area has economically prospered due to links with piracy and terrorism, it is also an open secret that the Somalis abroad have been remitting millions of shillings to their relative’s back home to invest in business hence the daily growth and mushrooming of modern malls.

A walk through various stalls, shopping malls, and hotels in the ever-busy Eastleigh area confirms that almost all the waiters, cooks, security guards, and the cashiers are not of the Somali descent.

One would expect that Eastleigh being a predominantly Somali hood and even christened ‘Little Mogadishu’ should have their own running the show. We had an interview with Ibrahim Hussein, the Eastleigh Business Association Chairman.

“Most of our clients come from as far as neighboring countries. We embraced diversity and that has enabled us to thrive in this region for years. Here, our diversity is our strength…” he revealed.

Interestingly, most of the non-Somali employees have taken over their roles perfectly e.g, some employed in the hospitality industry are now able to prepare Somali dishes, such as tender young goat meat, camel stew, and the ubiquitous pizza with ease not to mention speak the Cushitic language.

We spoke to a few working in various hotels in Eastleigh and one of them from Eastern Kenya said, “Wasomali hawabagui mtu, bora unajua kazi na unaifanya kwa uaminifu” to mean (Somalis are not discriminative, so long as you are qualified and trustworthy).

However, with the April 2020 lockdown after a few positive cases of the COVID-19 were reported in Eastleigh, Ibrahim the Business Association Chairman says business has been down literally.

“We are operating on between 25% and 30% of our normal standards after most of the businesses halted operations in a bid to curb the spread of Coronavirus while others were forced to send off their staffs who either work outside Nairobi or lack customers as was the case before. But Alhamdhulia” he said.

He adds that as of December 2019, the Eastleigh Business Community accounted for around 30% of Nairobi County’s tax revenues and hence the massive support they have been receiving from the County Government in terms of service delivery.

Trust is all it takes

After a visit to various shops, we confirmed what the Eastleigh Community’s Secretary-General Omar Hussein had told us earlier that once one wins a Somali business person’s trust, they are entrusted with a lot which translates to good remunerations.

Posing as would-be customers at Day to Day shopping Mall that is famous for home appliances, carpets, and décor, we interviewed a 28-year-old Emmanuel Wafula who hails from Bungoma.

At the mall, he is a famous electrician, a porter, and a craftsman. He was employed after one of the shop owners at Day to Day was referred to him. Once a customer buys carpets or chandeliers, he tags along to go fix them at the customer’s home as after-sale service.

“Niko radhi nifanye kazi hapa kwa miaka zaidi, hawa wanajua kulinda mfuko wangu, tena wanalipa kabla jaso kukauka, Hakuna dhulma”, (I would rather work here for years, they pay me handsomely plus they pay on time and I have never been shortchanged), says Wafula who hurriedly leaves to attend to a customer checking out on carpet measurements.

Eastleigh, a cut above the rest?

But what sets Eastleigh apart from other business areas in Kenya?

It is believed that most products sold in Eastleigh are cheaper in prices compared to other areas, quality notwithstanding. A Mark Spenser suit that costs Ksh 12,000 at a random shop in Nairobi’s CBD, can be bought at half price in Eastleigh. Same quality if not better. All imported from China, Turkey, and Dubai.

It is also rumored that Somalis are spendthrifts and hence a breeding ground for mushrooming businesses for the non-locals.

However, it is not all businesses that are run by Somalis. The frenetic gold souk is somehow a closely guarded secret. The original gold market predominately ran by Somali women has given the Patels a run for their money.

A section of Garissa Lodge that is famous for the gold business, however, is run by Somali women clad in buibuis and hijabs. Interestingly, they are all sited on low stools in an open veranda each with a matching table that has a sliding transparent glass on top. Contents, real gold jewelry!

However, the area has also employed several hawk-eyed private security guards (non-Somalis) manning the entrance and various spots inside. From a distance, you will notice youthful Somalis waving huge bundles of American Dollars and Kenyan currency, the real mobile Forex exchangers.

In such a thriving economy, one would expect that the crime rate would have doubled if not tripled.

We spoke to one of the top security officials in the area who sort anonymity who revealed that the business area is relatively safe despite the millions of shillings exchanging hand in the larger Eastleigh area.

“We have an active invisible security arrangement that is a real deterrent to robberies that is why crime reports here are minimal,” He said in a phone interview.

Eastleigh, a business hub that lives to the rhythm of present-day job opportunities demands.