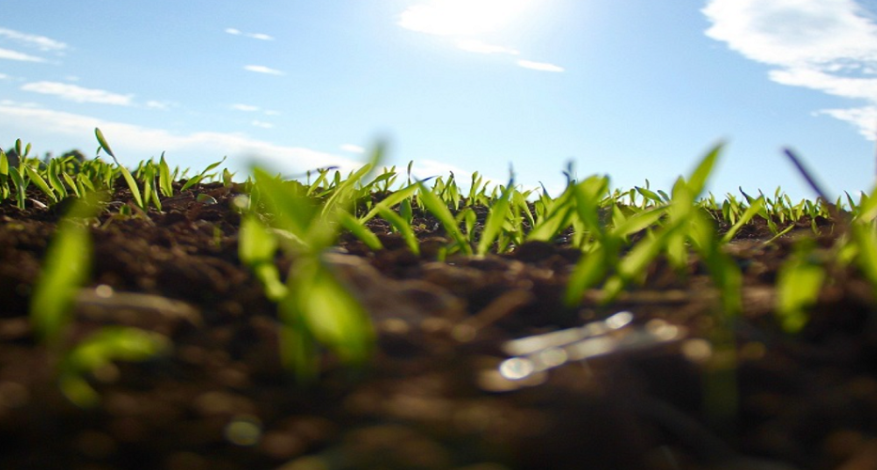 Is farming the next frontier?

It is believed that agriculture is the foundation of any stable economy across the globe. A nation that cannot feed its people is always considered a poor if not failed state.

Agriculture remains the backbone of the Kenyan economy. It is the single most important sector in the economy, contributing approximately 25% of the GDP, and employing 75% of the national labor force.

Northern Kenya has a huge potential to claim the ‘breadbasket’ of Kenya’s title but sadly remains unexploited due to the long-held stereotypical thinking that North Eastern Kenya is a barren land that is not worthy of any massive investment like large scale farming.

Harnessing this potential would improve the livelihoods of the local people and, the region can feed the growing market for agricultural produce and livestock products in the Horn of Africa. However, all is not lost since the pastoralist communities in Northern Kenya are gradually adopting crop irrigation as an alternative source of livelihood.

For a region that experiences perennial drought, large-scale investment in desert agriculture is the only proactive and sustainable option for insulating the locals against the negative effects of drought.

Due to the warm weather, most crops like oranges and onions cannot be affected by diseases like blight, which are prevalent in areas with cold weather or heavy rainfall.

“When we were growing up, the term ‘crop farming’ was unheard of across the Northern region since our parents were nomadic pastoralists whereby they practiced a form of animal husbandry as they moved with their herds”, says 43-year-old Mohammed Hashi who was born and bred in Wajir County.

He says until the millennium; crop farming was unpracticed and attributes the new culture to frequent, prolonged, and devastating droughts.

“I remember my dad lost all the goats and several camels he was raring during a drought period in 2003. It was so severe that all the communities in Wajir County and the larger North Eastern lost their only source of livelihood — livestock farming. That was our turning point as a community” Hashi, a former community development major student at Jomo Kenyatta University of Agriculture and Technology, JKUAT added.

With frequent, prolonged, and devastating effects of the drought occasioned by climate change, pastoralists’ communities are fast losing grip of their only source of livelihood, livestock, thus forcing the majority of them to seek alternative sources of revenue.

The situation has not been easy for some of the residents who have at last partnered with various organizations including the Kenya Red Cross Society with the main aim of achieving food security.

The pilot projects of farming in the North-Eastern region were in an area called Kulan in Daadab Sub-county. Over 200 horticultural farmers were recruited and presently, they are role models to many of the locals who are slowly but gradually shunning their nomadic way of life to farming.

The existence of River Tana which is the longest river in Kenya, snaking through Garissa County and River Dawa in Mandera makes farming prospects for an agrarian revolution in the region feasible.

It is believed that one cannot compare the sweetness of the watermelon is grown in Garissa to any other grown in other parts of Kenya.

Kulan area used to be dry but presently booms with fruits and vegetables that include large onions, watermelons, cowpeas and beans that are not only consumed locally but also sold to other counties. Thanks to irrigation that was made possible from interventions by various NGO’s in the region.

Under the project, farmers get free piped water from a solar-powered borehole that is then irrigated into the farms on alternative days. The borehole also provides water for livestock and household use.

Star Media Development Centre, SMDC spoke to the Kenya Red Cross Northeastern manager Mohamed Abdikadir who said the 20-acre farm in Kulan is one of the pilot projects in the area being pursued and aims at achieving food security, a critical pillar of the national government’s Big Four agenda.

“If well exploited, this climate-smart project will greatly change the economic wellbeing of the locals here. This is the next frontier”, he said.

Most of the farmers have expressed their joy in the project saying at least they now can afford fresh farm produce for their families plus a few coins in their pockets throughout the year from selling what they sow.

“I have been growing watermelons for the last three years, the crop does well in this region and I do two seasons a year thanks to the irrigation scheme run by the county government of Garissa which uses water from Tana River,” said 38-year-old Haile Omar.

Many years ago, no one would have believed that rice farming in Wajir could yield anything.

When Hussein Keynan was first approached by a local NGO with the idea, he almost laughed it off as a bad joke. Several years down the line, Keynan is a renowned rice supplier in the larger Wajir region after utilizing his two acres of land.

“After harvesting my rice, I use rice straws, after threshing, as livestock feed to reduce feed cost and increase livestock survival. I am no longer scared of the dry spell period. I also grind the rice and feed my family with porridge rice which is more nutritious especially to kids” said the proud farmer who is afraid of not being able to meet the huge demand for rice among pastoralist communities around Wajir County and its environs.

Benefits of farming in Northern Kenya

With its virgin arable lands, agriculturalists say North Eastern Counties in Kenya have a great potential in turning around the real meaning of a breadbasket region in the country.

Apart from being a source of food to the host communities, farming can also provide fodder for their animals and hence reduce conflicts witnessed over water and pasture considering that some herders had been moving to neighboring counties to feed their hundreds of livestock.

Farming can also minimize school dropout cases during the dry seasons as is the case presently. Most of the school-going kids result in staying at home due to the effects of hunger while some do so after the schools that provide free lunch run out of supplies.

Most of the women who would idle around are now financially stable after joining various women groups like Halimau Women Group in Wajir that do farming in greenhouses and sell the product before sharing the profits as a group.

The script is the same in Mandera where a group of women under the leadership of Zahra Bashir a Chief Officer, Livestock, and Fisheries is making a kill from a fish farming project where they harvest catfish in hatcheries both for consumption and selling.

With the devolved systems of government in place, it is the perfect opportunity for the county governments to fully exploit irrigation farming and in the process uplift the livelihoods of the northerners.

County governments should be in a position to introduce modern farming technology, adequate of inputs and subsidies in farm input costs (fertilizer, pesticides, and seeds), small scale farmers in arid and semi-arid areas will prosper in the changing farming environment globally and locally.

A special focus has been put in place for the farmers in Northern Kenya especially after the National government with the support of the World Bank, launched a $1 billion North and Northeastern Development Initiative (NEDI) to increase investments in transformative and integrated infrastructure and sustainable livelihoods in Garissa, Isiolo, Lamu, Mandera, Marsabit, Samburu, Tana River, Turkana, Wajir, and West Pokot counties.

“You don’t expect to do things the same way, year after a year and expect positive results,” Garissa Governor Ali Korane was quoted urging the pastoralist communities early this year adding that farming seems to be the way out for the communities that for years were known to be nomadic.

With all the aforementioned, technically with good leadership and investment, the northerners can feed Kenya without straining.

This has been proven in Israel and Egypt – countries that have similar if not worse soil and climatic conditions to northern Kenya.

Over the years, Israel has been exporting fish, vegetables, and fruits to other nations after producing them from the Negev desert. Egypt on the other hand is known for its quality oranges, strawberries, onions, and basil from the Judean desert that its thirst is quenched by River Nile.

It can be done; it must be done.