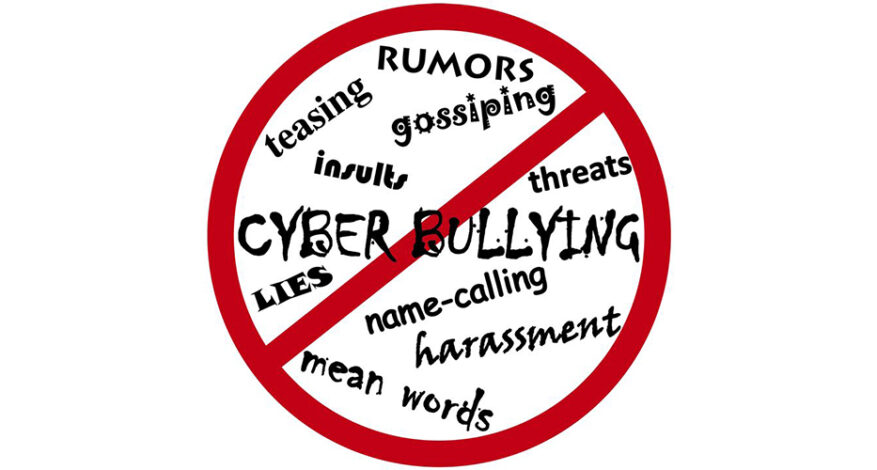 Cyber-bullying the new Violence Against Women and Girls

Violence against women is no longer as was largely reported before where battery or rape topped the list of atrocities meted upon women who for a long time have been considered the weaker sex. The violence has now been taken a step further and now being committed online – cyberbullying.

It is no doubt that women’s sexual harassment is now a prominent feature of  Kenyan cyberspace.

Online bullying occurs in many forms including; use of sexiest comments, demeaning words against women, photoshopped/manipulated sexual materials being shared online with an aim of demeaning the targeted subjects.

Women, especially politicians have been on the receiving end of sexist comments, with their appearances and marital status often being the subject of discussion in gauging their fitness to run for public office.

Sadly, most women presently are either victims or perpetrators of cyber-bullying knowingly or unknowingly.

A huge percentage of the victims have had their unauthorized images and videos leaked online with some manipulated before being spread like bush fire online and in the process injuring their dignity/character and even costing them their marriages.

The situation has been aggravated thanks to the increased digital penetration since more Kenyans own smartphones and can access digital platforms to communicate and interact than it was before.

With the emergence of social media platforms like Facebook, Instagram, Snapchat, and WhatsApp, spreading such material takes micro-seconds before it becomes a trending topic for hours if not days.

It is important to note that cyberbullying comes in different forms, common among them being impersonation where the subject’s images are used in pseudo accounts on social media.

Most of the bullies have perfected the act of impersonation that they have real-time pictures of their prey and are constantly online engaging their ‘followers’.

Such accounts have been used to extort, misrepresent and even air opinions contrary to the purported owners of the account in question. With most female political leaders not having their accounts verified, most have once if not twice fallen victims of cyberbullying in their careers.

However, according to statistics at the office of the Director of Public Prosecution, women who are victims of cybercrime and bullying rarely report the crime.

According to a program conducted by Star Media Development Centre, SMDC, 60% of those interviewed are worried about how women and girls are constantly being attacked online and they end up being frustrated in life and at times even costing their marriages.

Parents too are a worried lot since when their daughters are attacked online and sometimes it goes viral, it affects them psychologically.

However, SMDC’s research established that most of those affected by cyber-bullying have no idea that the vice is criminal in Kenya and is punishable by law.

Cyber-bullying seems to be the modern-day tool used albeit intentionally by men to bring down serving or aspiring women politicians in Kenya.

A good example was in late October 2013 when flamboyant Nairobi Governor Mike Mbuvi Sonko released online a picture of him and the immediate former Nairobi Women’s representative Rachel Shebesh in bed.

Although he never denied or admit that he was the one who leaked the images, it is believed it cost Shebesh her political seat in the subsequent general election. Sonko later played victim claiming that the images almost broke his marriage.

Early January 2020, Siyad Udgoon who is a human rights crusader in North Eastern and also a Garissa Women Rep hopeful in 2022, was a trending topic for two days as KOT – Kenyans on Twitter tore into her reputation.

This followed a nude video that was purported to be hers and shared in a WhatsApp group by one of the male MPs in North Eastern who it was alleged that he has been dating the Udgoon.

So calculated was the move that bloggers picked up the fabricated story alleging that for sex, the human rights crusader had been promised to be fronted by the famous politician to run for the Garissa Women Representative post come 2022.

Although those responsible for the spread of the fake material were traces and bloggers pulled done the demeaning story, it is an incident that she admits tainted her image and would never wish it on anyone else.

“It is the new form of gender-based violence and it is gaining ground if not well dealt with by the authorities,” Udgoon said in a phone interview.

Udgoon’s case is a copy and paste of Wajir’s Women Rep Fatuma Gedi who in December 2018 faced a similar incident where a fake sex tape was largely circulated online alleging she was the subject.

However, through her lawyers, they managed to arrest Douglas Mbaya, the blogger behind the manipulation and circulation of the video.

Gedi was also on the floor of the house demanding four Member of Parliament arrested and arraigned in court over the circulated sext tape which she said portrayed her in a bad light.

Gedi’s sentiments were echoed by Fatuma Kinsi Abbas who leads the Pastoralist Girls Initiative (PGI), a Kenyan group that works with Somali girls and women living in  Garissa County.

Kinsi has been organizing and empowering Somali girls and women to be bold and become visible in confronting and stopping violence against the female gender and most importantly challenge traditions that relegate them at the margins of their communities.

The North-Eastern regional commissioner Nicodemus Ndalana warned that those found going contrary to the law will be dealt with by the full force of law.

“The electioneering period is on the horizon, we are expecting cases of cyber-bullying to resurface but you can rest assured that we have the capacity to deal with the perpetrators head-on, waambie wajaribu”. Ndalana said.

What is the impact of cyber-bullying?

As much as the freedom of expression is enshrined in the Kenyan Constitution under Article 33,  freedom comes with responsibilities that may result in some limitations e.g respect for other people’s rights and reputations.

We spoke to constitutional lawyer Harun Ndubi who said, “Sadly, most of those who engage in cyber-bullying do so unaware of the existing cyber-bullying laws that came into effect late 2017 following enactment of Parliament. It is only after they are arraigned in court that they get to know the repercussions”.

What does the law say about the vice?

Under Article 27 (2) of The Computer Misuse and Cyber Crimes Bill of 2018, the issue of cyber harassment is addressed as follows;

A person who commits an offense under subsection (1) is liable, on conviction, to a fine not exceeding twenty million Kenya shillings or imprisonment for a term not exceeding ten years, or both.

Apart from the content creators, also those who share are not spared by the law. Key to mention is that WhatsApp group administrators who condone sharing of fake news or information meant to demean, incite ethnic hatred are also marked for severe punishment.

The National Security Council chaired by President Uhuru Kenyatta was instrumental in crafting the Bill to provide a legal framework for dealing with online crimes.

“Cyberbullying is connected to extortion and intimidation, when you bully someone without evidence, you are causing that person distress,” said Majority Leader Aden Duale during the passing of the Cyber Crimes Bill of 2018 in Parliament.

“To be honest, I no longer consider social media (with an exception of YouTube) as a good avenue for any Muslim leader. Nowadays people on social media tend to be too emotional, they misunderstand posts easily and have a mob mentality.

We have to admit that we have a challenge on this topic since during the times of the Prophet (SAW) we never had social media. That aside, it should not be translated that men have more rights online than women. We are all equal in the eyes of Allah.” Said an Imam in South B who asked not to be mentioned.

What do activists say?

Noordin Badel who has been a defender of women especially in the North-Eastern region gave his opinion on the weighty issue saying that most of the oppressors in the region have been using religion to oppress women.

“Some of the religious leaders have been using the pulpit to misinform the faithful by misinterpreting hadiths of the Prophet (SAW). It is a shame because a huge percentage of those hadiths that are being misinterpreted was narrated by Muslim women, especially his wives.

The most fundamental aspects of Islam on matters prayers, cleanliness, etc were narrated by women. I am saddened that we have continued to bully our Muslim sisters and look down upon them. It is time we distinguish culture and religion.

“There is a lot of stupidity in some of our people. Actually some still don’t believe that the girl-child should be educated” he ended.

According to research conducted by the Association of Media Women in Kenya, AMWIK, at least seven out of ten women journalists in Kenya have been harassed online in their course of work.

Most of the attacks were cyberstalking, sexual harassment, surveillance and unauthorized use and manipulation of personal information including images and videos.

According to that report that was made public last year, 70 percent of the affected female journalists fell victim because of the nature of topics they cover that include, politics, sexuality sports, and lifestyle.

We also engaged Mwenda Mbijiwe, a renowned security analyst who says although Kenya has made strides by joining countries like South Africa and Nigeria in enacting cyber laws that are aimed at combating online bullying especially of women, a lot needs to be done including the establishment of a modern forensic lab to deal with cybercrimes.

“Cyber-bullying is a crime in Kenya. Actually it is threatening the previously safe and secure spaces that were enjoyed online. With the laws put in place, we need to invest heavily in a forensic lab that specifically deals with cybercrimes/atrocities.” Mbijiwe said.

Side effects on the subjects

It is evident that those who use the online platform with specific targets on women, aim at reducing their ability to use the internet for empowerment or development or both.

According to psychologists, there are a lot of side effects of cyber-bullying, the worst being depression and a dented self-esteem to the subject.

Some of the affected can also start getting suicidal thoughts with other avoiding social gathering and even withdrawal from family and the society at large. Others may result in the keeping of social media and any form of digital communication.

The Communications Authority of Kenya, CA should come up with modalities to tackle cyberbullying that should include effective constant awareness through both online and offline campaigns aimed at promoting the responsible use of the online platforms plus digital etiquette if not moral hygiene.