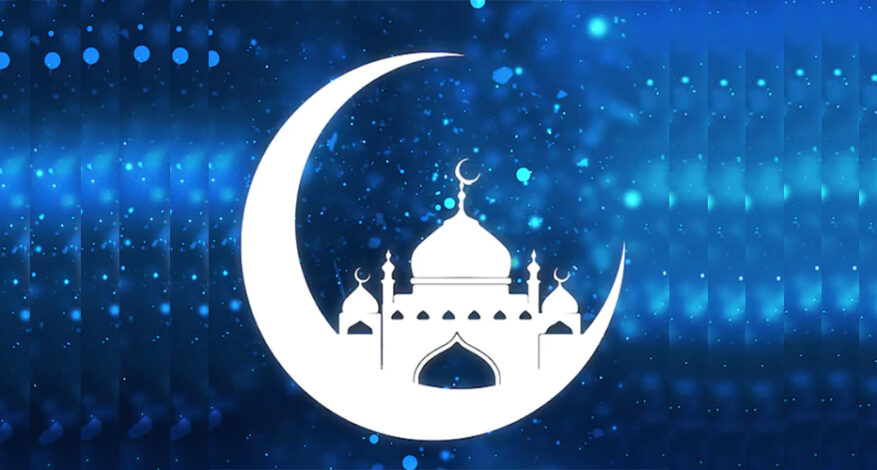 2020 will go down the books of history as a year where Eid celebrations were not celebrated across the globe with the pomp and color associated with the annual festive period, Covid-19 pandemic has hit the world in a way was never imagined.

it has brought normal life to a standstill, including religious practice, with communal prayers and nightly Taraweeh prayers impacted by the restrictions brought in to stifle the spread of the pandemic and now Eid celebrations.

What is Eid ul Fitr?

Eid ul Fitr is a religious holiday marked after a month-long-dawn-to-sunset of fasting during the Holy month of Ramadhan and is celebrated by Muslims worldwide. It is the first and only day in the month of Shawwal during which Muslims are not permitted to fast.

It is believed that it was during the month of Ramadhan that the Quran was revealed to the Prophet (Muhammad SAW).

Eid ul Fitr is a joyous moment in every Muslim household with traditions emphasizing large gatherings, wearing of at least new outfits, gift-giving, and sharing of meals with friends and family including the less fortunate in the community.

On the morning of Eid, Muslims wake up as early as 5 am to prepare for the big day. In many households, breakfast for Eid is prepared the night before.

Grown-ups and children alike bathe and dress in at least new clothes and by 7 am they congregate for prayers in a mosque or large halls and most of the time, held in the open to accommodate the large numbers for Salat ul Eid.

Believers are encouraged to eat something sweet especially dates before heading for prayers and on their way, they are supposed to recite takbir, praising Allah.

The children are offered gifts and money to mark the joyous occasion. This is preceded by the giving of alms to the poor who most of the time are found outside the masjids, all in the spirit of commemorating the end of the holy month.

Muslim faithful gather in masjids and or open-air places where they offer two units of prayer referred to as ‘rakat’. The prayers are then followed by a sermon by an imam who asks for forgiveness, mercy, and peace.

Muslims congregating for Eid prayers in mosques has been a ritual long-etched in the minds of billions of believers across the world but with the onset of Covid-19 early this year, the closure of worship areas has left Muslims with no option but staying indoors to mark the celebrations.

On the 20th of May 2020, Kenyan’s Interior Cabinet Secretary Fred Matiang’ i in a gazette notice declared May 25, 2020 a public holiday in the exercise of the powers conferred by section 2 (1) of the Public Holidays Act.

However, the celebrations are expected to be low key considering the lockdown and cessation of key areas where most Muslims shop for Eid in Nairobi’s Eastleigh and Old Town in Mombasa to observe the social distancing rule directed by the Ministry of Health.

Eidiyah, which is a tradition of giving money to family members during Eid, is also prohibited this year in a bid to avoid infections spreading via banknotes and coins.

All these measures are being implemented in a bid to stop the coronavirus from spreading further.

It will also be remembered that President Uhuru Kenyatta early last month ruled out a curfew extension for Muslims during the month of Ramadhan. In his address to the nation, he maintained that just like Christian, who were forced to mark Easter celebrations at their homes, Muslims should not expect special treatment during the holy month.

What this means for the business community

Maybe the worst hit is the business community in Nairobi’s Eastleigh where is currently on lockdown until the 6th of June 2020 after the days were recently extended by two more weeks.

“We have lost a lot of business opportunities this month”, says Anisa Ibrahim who owns a retail shop at Madina Mall in Eastleigh that specializes in shoes, Abayas, and head scarfs imported from Dubai and Saudi Arabia.

“By this time, we would have sold almost all the new stock. I get clients from as far as Tanzania, Uganda, North Eastern, and even Mombasa. But as you can see, we are not in business”. She says.

The story is no different from Kassim who also sells male kanzus and open shoes in an adjacent shop. However, Kassim says they have now resulted in using social media to market and sell their products.

Most of the traders in Eastleigh however, are complaining of their luggage’s not being cleared on time hence affecting their businesses with some even closing down their shops completely.

What Muslims say about Eid this year

Through Social Media, we asked random Muslims what this year’s Eid ul Fitr means to them compared with the past Eids;

Fatuma Sambur on Facebook said, ‘Eid is not Eid without hooyo waking me up at 4 am in the morning while yelling, “waa dhuhur, masajidka wubuuxa!”.

Zeinab Osman too aired her sentiments reminiscing how for years over they would fight over who gets to shower at 6 am first before donning their new clothes.

“This is a totally different Eid, from the floods to missing Eid prayers, sweets, family brunch and hanging out with our friends and cousins, I cannot even fathom”, said Fardosa Hassan who resides in Garissa town on Instagram.

On Twitter, Omar Sheikh used only three words to describe what this Eid will be missing, “Buskut iyo halwo”. He tweeted.