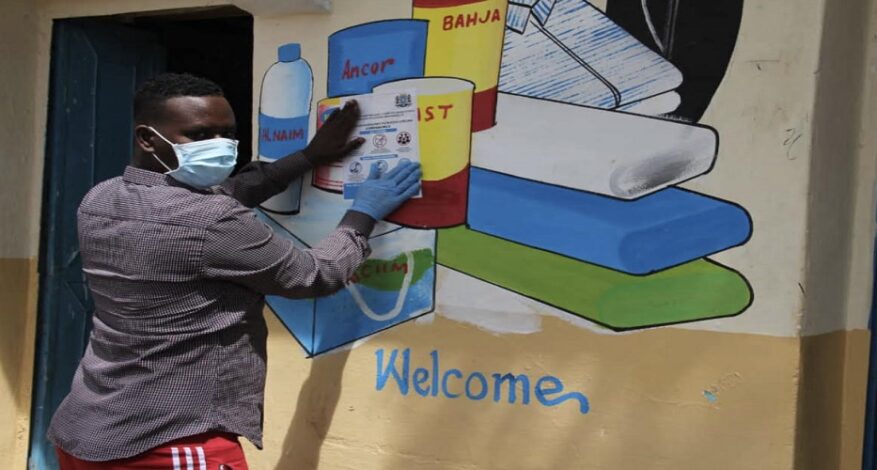 As the globe continues to record increasing cases of Covid-19 infections caused by the dreaded Coronavirus, Somalia to has been contributing to the number of infections that have now surpassed the 4 million mark as of May 9, 2020.

Through its Minister of Health Dr. Fawzia Abukar Nur, Somalia on Thursday 8/5/2020 announced that it had 55 news cases of infections bringing to a total of 928 cases so far, 44 deaths, and 106 recoveries.

With the numbers hurtling toward a thousand mark, the citizens have been cautioned to follow the laid down preventive measures by the World Health Organization, WHO that includes social distancing, sanitizing, regular washing of hands, staying at home, and wearing a facemask when in public.

Why the increase in numbers?

According to Somalia’s Health Ministry, the numbers of infections could be more than what has so far been reported since they greatly depend on the limited laboratory analysis plus most of the locals have adamantly refused to be tested.

The Ministry admits that vigorous lab testing has greatly helped unearth patients suffering from the diseases that have so far claimed 276,215 lives across the planet as of Friday 8th May 2020 according to www.worldmeters.info

The increase has been attributed to the fact that most of the locals have disregarded health guidelines and advice issued to them by medical practitioners.

However, some of the locals have defended their stand arguing that they lack clean water, hand sanitizers, and even blamed the government for not providing facemasks.

The situation has also been made worse by the total disregard of a directive of people staying in their homes. Most of the youths have been seen playing football on the beaches and some even going swimming in the Ocean.

A huge percentage of the locals have been flocking the mosques – praying closely lined up together and some even attending the evening prayers (Taraweeh), being Ramadhan period hence not practicing the social distancing directive. They have also been breaking their fasts together.

According to Dr. Fawzia, Banadir, Puntland, and Hirshablle – which are two of the five semi-autonomous authorities that are members of the federal government of Somalia – are among the worst hit by the virus disease that was first reported in Somalia on the 16th of March 2020 in Mogadishu.

According to its records, Somalia had 26 cases only in the last two weeks a clear indication of the extent of the spread being deeper than earlier thought.

According to a recent analysis of community attitudes and responses to the public health information on Covid-19 conducted by Somalia’s leading Media Network, SMDC, 82% of those involved in the research do not believe Covid-19 really exists. 78% of them being male and 89% female.

Either, according to the data by SMDC that was collected from on-air talk shows, on-ground through Voice of the people (Vox Pops) and online through social media platforms, 32% believe that it is a malady brought by Allah/God.

From the same statistics, 14% are not taking the disease seriously due to lack of awareness, while 5% of those engaged believing that Covid-19 is a severe disease said to affect more the elderly.

The data was collected from residents of Banadir, Puntland, Jubbaland, Hirshabelle, Galmudug, and Southwest regions.

Strides to prevent the spread of Covid-19

Despite the current increase of infections in the larger Somalia region, Somali President Mohamed Abdullahi Farmaajo has praised the national committee for the prevention of Coronavirus for its strides so far.

Farmajo also commended the federal government for delivering equipment and material needed to deal with Covid-19 to the member states in the country. He also thanked the friendly countries that offered Somalia much needed help.

“I hereby thank the countries who dared to help our nation at this critical moment of universal health crises,” said the president in a video conference.

The Somalia government also banned all passengers with a travel history through the worst-hit countries from entering Somalia. Among the targeted countries include, China, Italy, South Korea, and Iran.

According to the Somalia Civil Aviation Authority, the measure was taken to stem the spread of coronavirus.

Also, the Al Shabaab extremist group has been warned by various government and non-governmental agencies against blocking access for humanitarian workers. “Allow people to go to hospitals for treatment,” Ahmed Khalif of Action Against Hunger was quoted warning the Al Shabaab leaders.

Poverty has been named as a major contributing factor hindering Somalia from battling the dreadful virus. The situation got worse after the prices of hand sanitizers shot up drastically, placing it beyond the reach of the poor and vulnerable communities.

However, two of the leading medical staff at the Puntland State University in Garowe saw an opportunity in the scenarios and invented a low-cost sanitizer that has come in handy to the vulnerable communities.

“Responding to the needs of people for hand sanitizers and other disinfectants to prevent COVID-19, I along with my PSU medical colleagues conducted research and invented hand sanitizers which have the chemical components of isopropyl alcohol, hydrogen peroxide, glycerol, and distilled water,” one of its co-inventors, Abdirahman Adan Gambool, a medical researcher and Deputy Dean of PSU’s Faculty of Health Sciences was quoted by United Nations Assistance Mission in Somalia, UNSOM.

“As per WHO guidelines every antibacterial must contain more than 60 percent of alcohol, and the PSU hand sanitizer has around 75 percent alcohol” he added.

Apart from exploring the manufacturing of hand sanitizer, the University has also been at the forefront of supporting community awareness campaigns about the importance of maintaining basic hygiene and social distancing and demystifying the notion that Covid-19 only affects the elderly.

The special representative of the UN Secretary-General for Somalia James Swan has assured Somalia of full support in the fight against Covid-19 that has hit almost all countries across.

In a statement, Swan said, “The UN family in Somalia stands shoulder-to-shoulder with the people of Somalia during this testing time. We will continue to support all efforts to address the immediate health and long-term socio-economic impact of COVID-19”.

He also urged all the nationals to unite so as to prevent the spread of the virus with particular attention to the most vulnerable in the community, including internally displaced people, the infirm, and the elderly.

To reinforce the ongoing efforts to contain COVID-19 at the federal and state levels as well as limit the possibility of further spread of the virus, the United Nations has established system-wide operating, medical and support procedures.

A task force has been established to ensure business continuity and agencies have developed a detailed preparedness and response plan in support of the Government’s efforts.

The World Health Organization (WHO), the specialized UN agency for health, also continues to support the Somali health sector by scaling up its operational readiness and response to COVID-19. WHO’s support has been essential to rapidly establish a mechanism for testing and confirmation of suspected cases, and isolating suspected cases to prevent onward transmission.